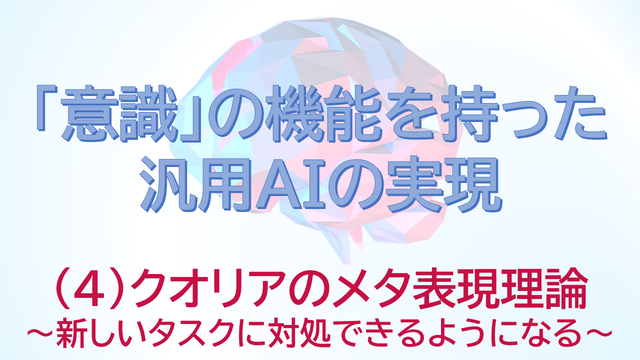 What kind of "consciousness" does a human being have - at ARAYA, we are continuing our research to answer this question. By creating an artificial equivalent of consciousness (AI), we are trying to get to the bottom of it and realize a "general-purpose AI".

Representation of neural networks of various functions as points in a "qualia space".

The ability that I (Kanai) point to as the third function of consciousness is also going to be implemented as a module connected to the global workspace. It is the "Qualia Space". We call the third function of consciousness "objectification of functions using the space of meta-representations". The "space of meta-representation" here is the "qualia space", and its role is the "objectification of function". 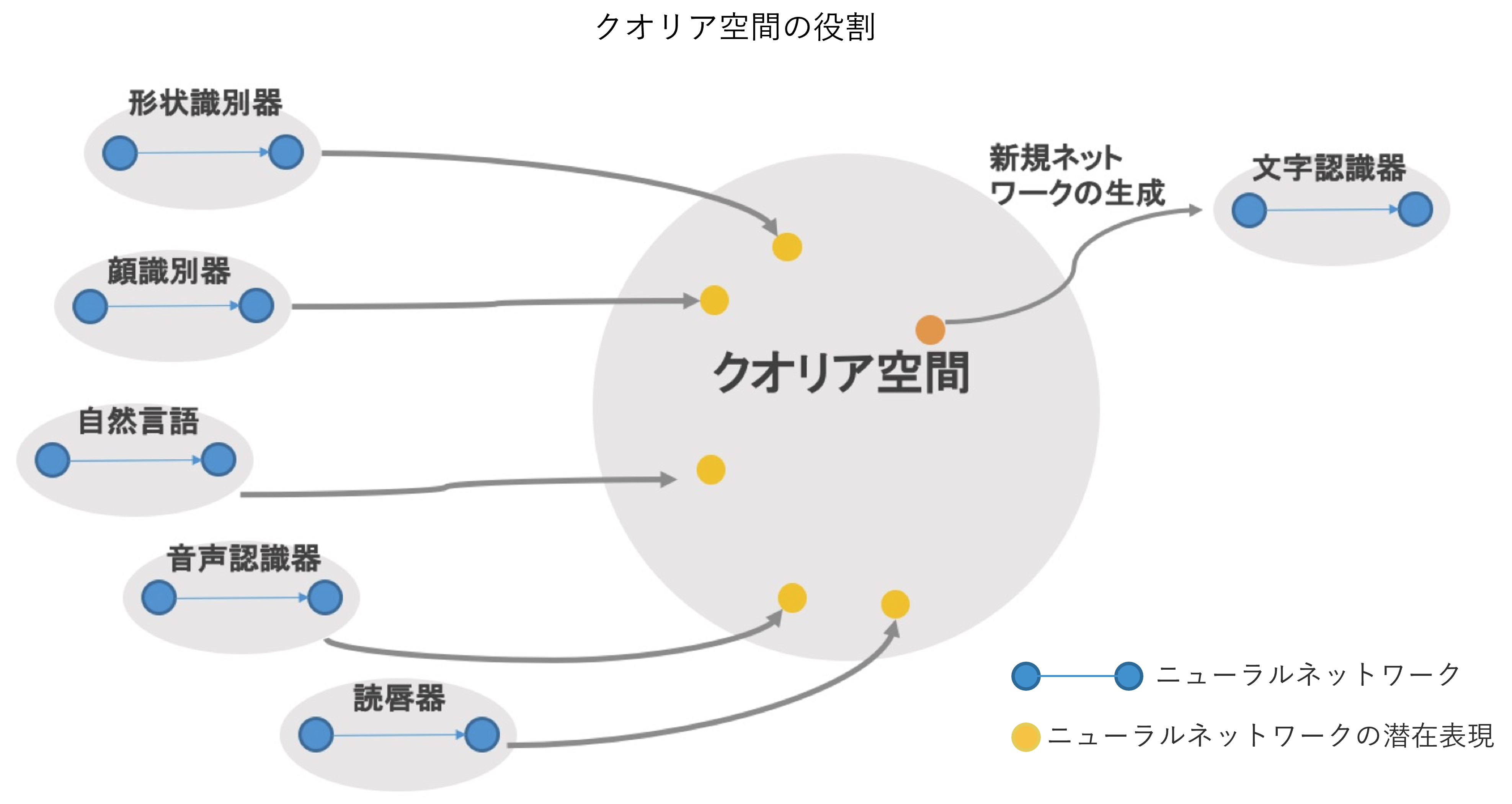 In fact, there are technologies that can generate neural networks for new functions in this context. One example is the Meta-Learning Autoencoder (MeLA) developed by the Massachusetts Institute of Technology (MIT). Using this technique, a "meta-recognition model" that has been trained on a large number of task datasets can be fed with just a few examples of the input and output data of a new task, and the latent variables of the neural network corresponding to that task can be output (*1). If this latent variable is input to the "meta-generating model", it is converted into a parameter of the neural network. Although there are some limitations, such as the number of inputs and outputs and the fixed structure of the neural network, it is possible to create a highly accurate neural network and the correctness of the concept has been confirmed.
1: T. Wu et al., "Meta-learning autoencoders for few-shot prediction," https://arxiv.org/abs/1807.09912

At ARAYA, we have also started basic research on the representation of neural networks by latent variables. To date, we have demonstrated that it is possible to determine the dataset used for training from the parameters of a trained neural network.

IN THIS SPACE, ALL SENSORY FUNCTIONS, SUCH AS SIGHT AND HEARING, ARE EMBEDDED. FOR EXAMPLE, IN THE AREA CORRESPONDING TO VISION, INDIVIDUAL SENSATIONS SUCH AS "THE SENSE OF REDNESS" OR "THE SENSE OF PURPLE" ARE DISTRIBUTED ACCORDING TO THEIR DEGREE OF SIMILARITY. THE HUMAN CONSCIOUSNESS IS ABLE TO PERCEIVE THE PROXIMITY AND DISTANCE OF A GREAT VARIETY OF SENSATIONS, SUCH AS THE DIFFERENCE IN COLOUR, THE EXPRESSION AND SOUND OF A PERSON'S VOICE, VARIOUS TASTES AND SMELLS, COMFORT AND PAIN. THE QUALIA SPACE IS A TOOL THAT CAN GIVE AI A SIMILAR EXPERIENCE.

Our theory of consciousness, which we intend to apply to AI, is only tentative. Besides the world model, the global workspace and the qualia space, there is no shortage of other possible functions of consciousness, such as monitoring the processes we carry out on our own (*2).
*2: S. Dehaene et al., "What is consciousness, and could machines have it?", Science Vol. 358, 2017.

It is also unclear how far the current hypothesis is correct. For example, the interconversion of latent variables in the global workspace, and the mechanism for selecting information to be brought to consciousness, could be seen as a meta-understanding of the function of each module, similar to the role played by qualia space. They are essentially similar and could be integrated in some way.

The only way to know how far your hypothesis is valid is to test it with a working AI. At ARAYA, we aim to test our hypotheses with as little time and effort as possible by making the best use of existing technology.

The ultimate goal of this series of initiatives is to create a general-purpose AI that incorporates the functions of consciousness. However, there is another major goal: to contribute to the theory of consciousness. In order to implement the functions of consciousness in AI, we need to work out the details of its states and behaviour. We hope that this thinking will lead to ideas that break the boundaries of conventional theory. By bringing together the knowledge of front-line researchers with the breakthrough power of a start-up, ARAYA aims to achieve breakthroughs in both technology and research. 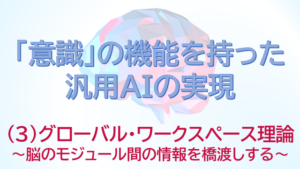 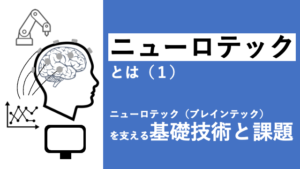